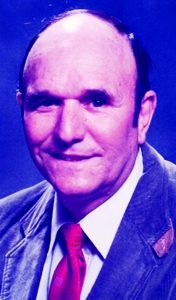 Ronald was a hard worker all of his life working for Weber Aircraft, a sheet metal fabricator and a farmer.  He was a supporter of his community being a member of the First Baptist Churches of Grapevine and Muenster as well as the Saint Jo Masonic Lodge#483 & Grapevine Masonic Lodge #288.

He also loved his family very much marrying Judith Ann Stroud on July 15, 1960, in Dallas County. She preceded him death in 2011, he was also preceded in death by his parents.

He is survived by his sons, Ronald Wayne Bear and Tim Allen Bear both of Saint Jo and sister, Judy Faye Dalton Bear whom lives in Texas.

Memorial donations may be made to the Saint Jo Masonic Lodge #483 or Shriner’s Hospital for Children.