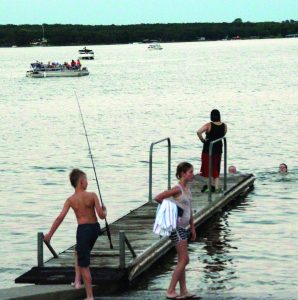 The Nocona City Council is poised to adopt a new set of rules and regulations Tuesday affecting Lake Nocona including the adoption of boat launch fees, dock fees and fees for conducting fishing tournaments on the lake.

The council will meet at 5 p.m. Tuesday, Jan. 14, at the Nocona City Hall in a council chambers with seating for less than 20 members of the public.

While technically the city assumed full legal control of Lake Nocona on Dec. 31 including its water pump station, raw water line and water treatment plant, in effect the city has been in sole management of the lake since the Texas Legislature passed a bill in May calling for the dissolution of the North Montague County Water Supply District and its Board of Directors which built and managed the lake for more than 60 years.

The Water District, which was created by the Texas Legislature in the late 1950s and built the lake and water treatment plant, held its last board meeting last month dissolving all operations and transferring more than $220,000 to the city on Dec. 31.

In late summer Mayor Robert Fenoglio appointed a committee composed of Councilmen Robert Fuller and Steve Tettleton, himself and City Manager Lynn Henley to look into establishing new rules for the operation of the lake.

Committee meetings, because they do not include a majority of the five members of the city council, are not subject to the Texas Open Meetings Act calling for the posting of a certified agenda at least 72 hours prior to the meeting nor are such meetings required to be open to the public.

Friday, at 5:29 p.m. City Secretary Revell Hardison released the agenda for Tuesday’s monthly meeting of the Nocona City Council to the Nocona News. Included on the agenda is both a discussion of the proposed rules, and consideration of adopting the rules.

According to city officials, with City Manager Henley secured rules from other area lakes and Councilman Fuller worked on modifying the rules, to a large extent the rules are based on similar provisions previously adopted by the Water District.

One major change is establishing new fees applied to all existing docks, for launching or operating any boats or any motorized vessel on the lake, and for operating a working barge or raft.

Among the changes, and additions to the rules the North Montague County Water Supply District had adopted over the years are:

–“No swimming, fishing, boating, picnicking or other recreational activities will be permitted within 500 feet of the water intakes. All water intakes will be kept plainly marked by all times.”

–“All work barges, barges, rafts, floating platforms or other similar crafts, not connected to the shore by walkway, must secure a permit from the City …”

–“No type of craft under this {work barge} category shall exceed 300 square feet in size. Fees will be charged for permits issued to owners as follows: (On annual basis from September 1 through August 31) at a fee of $35.”

–“Owners of all docks, walkways, boats, houseboats, barges, rafts, floating platforms or any floating crafts by any other name muse be allow periodic inspections at any and all times by proper authorities…”

–Fee for operating commercial boats shall be $200 for each boat per year.

–“A permit will be required for the launching of or use of private crafts – power driven vessels on the waters of Lake Nocona which are used for pleasure purposed only – such as boating, fishing, skiiting, etc.”

–Daily ramp or launch fee of $5 or an annual boat permit fee of $35 for all power-driven vessels.”

–‘’No person shall construct in or upon the shores of Lake Nocona any dock, pier, wharf or other similar fixed structure without a dock construction permit and it may not extending more than 100 feet from the elevation, 833 feet above sea level into or toward the lake.”

–“Dock construction permit fee of $250 for each dock or walkway constructed.”

–“Camping is limited to 15 days at any one time.” (Continuation of existing rules which also requires a minimum of 30 days between each 15 days of on-site camping.)

–“All permits, fees and fines will also be credited back to the Lake Nocona operation fund.”

The fine for violating any of the rules is not to exceed $500 per incident or violation.

The Lake Committee has not held any public meetings regarding the proposed changes. Nor has the entire council discussed the changes other than an agreement that “some fees” should be assessed and the funds used to maintain and improve the lake’s dam, three parks and its raw water pumping station.

Other action items on Tuesday’s agenda include:

–Reappointment of Yesika Rodriguez, Tony Dirker and Tracey O’Neal to the Nocona Economic Development A Board.

–Hear from Shawn Goolsby regarding leasing land from the city of Airport Road to build a shooting range for officer training.

And sitting as the Building Commission it is to consider the Fire Marshal’s report on:

And hear reports on: