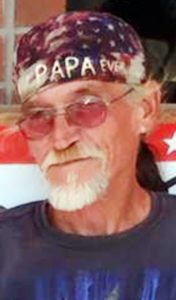 Mike was a devoting, loving husband to Mayful. He was a committed father to all his children. And he took great joy in his grandchildren.

Mike was also a very talented musician. He especially loved playing his guitar and writing songs.

Everyone who knew Mike knew he put his full faith in God. Mike was a longtime member and recent pastor of Illinois Bend Church. He was also an active member of the Peacemakers Ministry. Mike strove to live out his faith daily. He enjoyed helping others wherever they needed, and he was an expert in forgiving others.

When Mike wasn’t working or making music, he also enjoyed the outdoors, particularly hunting and fishing.

Mike was preceded in death by his parents, his sister Kathy Hargis, and his brother Randall Warton.

While our hearts break at Mike’s departure, we know that he is in heaven, enjoying the reward he lived for.

Funeral services for Mike will be held Monday, Dec. 9, at 10 a.m., at First United Methodist Church, with interment to follow at Spanish Fort Cemetery, under the direction of Scott-Morris Funeral Home, with Jay Gaston officiating.