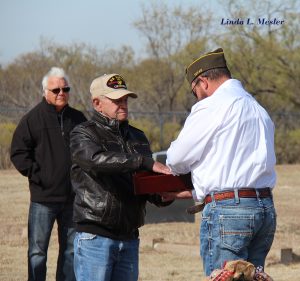 In 1965 Farley and his best friend “more like brothers Garth Wayne “Rusty” Keck Jr., were on a trip from their home in Woodward, Okla., to Enid, Okla., to pick up some track equipment for their coach. While there, the two young men enlisted in the United State Marine Corps.

Keck had been born in Montague County before his family moved to Oklahoma leaving a large, extended behind in Texas.