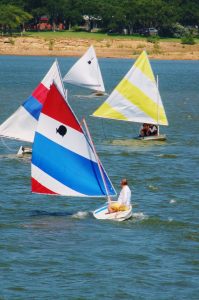 The deeds have been recorded, and in less than 60 days the city of Nocona will “officially” take over Lake Nocona and its parks.

City Secretary Revell Hardison confirmed Monday that all of the deeds had been recorded with the county transferring ownership of the 1,470 acre lake, its three parks, the raw water pump station, water treatment plant and all of the easements associated with the raw water line running from the lake to the city.

All that is left, now, is for the Nocona City Council to draft whatever rules and regulations it wishes to impose on those using the lake.

City Manager Lynn Henley said the Parks Committee, composed of Mayor Robert Fenoglio and Councilmen Steve Tettleton and Robert Fuller, have been assigned the task of draft a proposed set of regulations.

Read more in this week’s edition of The Nocona News either on line or available at your local news stands.