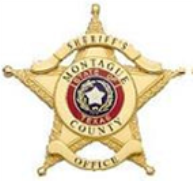 In finalizing the proposed 2019-20 budget on Monday, Aug. 12, the court approved a second 5% pay raise for commissioned officers in that department.

Under the terms of the proposed budget, all county employees and officeholders will receive a 5% pay raise once the fiscal year begins on Oct. 1.

In an effort to retained quality deputies, as part of his 2019-20 budget requests Sheriff Marshal Thomas had asked the court to approve a second 5% pay raise.

The court approved the second 5% raise limiting it to the “commissioned law enforcement officers in the Sheriff’s Office” – the deputies, corporals, K-9 officer, sergeant, chief deputy and sheriff.

Read more about this change in pay in this week’s edition of The Nocona News.