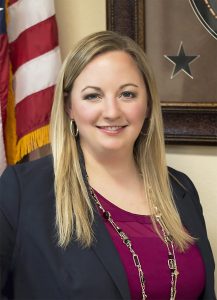 Since taking office in January of 2017, Mrs. Polhemus has spent tens of thousands of dollars on items from funding a K9 dog to body armor, from dash and body cameras to funding specialized training that the various law enforcement agencies in her three counties could not afford because of tight, county budgets.

So, when she appeared before the Montague County Commissioner’s Court Monday wanting approval to supplement her receptionist/secretary’s salary $6,055 because the employee had taken the time and effort to be trained as Victim’s Assistance Coordinator and take on additional duties in the DA’s office, the district attorney expected to get approval of the request.

Instead, she could not even get a second to a motion to approve her request – even though the next item on the agenda was another forfeiture fund expenditure for more advanced training for law enforcement officers serving the district.