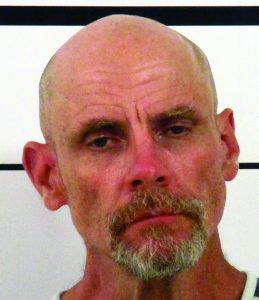 MONTAGUE – Barely two weeks after he alleged fired several rounds at a pair of Montague County deputy sheriffs, Orville Daniel Throneberry, 5t, was indicted for aggravated assault against a public servant and unlawful possession of a firearm.

As Sheriff Marshall Thomas noted Monday during his monthly report of department activity to the Montague County Commissioner’s Court, “We were serving a felony, four felony warrants on this subject in Sunset, and as the deputies were making the announcement that the K9 was going to be deployed, because they could hear him moving around, the deputies came under fire.

“Like five rounds were fired at the deputies and narrowly missing a deputy hitting him in the head by a couple of inches and the other (deputy) had rounds hitting around him,” the sheriff told the court.