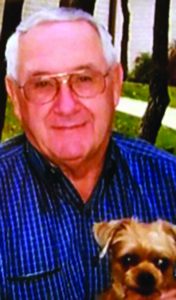 He served in the U.S. Army as a Military Police Officer during the Korean War.

They just celebrated their 40th anniversary.

Cash was preceded in death by his parents; a son, Daniel Wayne Houpt; and 6 brothers.