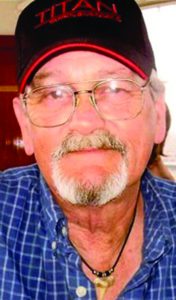 Ronnie was born on  June 21, 1947, in Lubbock to Willie Kermit & Opal McClintock Brown.

Ronnie worked as a lease operator in the oilfield and served in the U.S. Army.

He is survived by his wife, Tammy Brown of Montague; daughter, Kelly Brown of Florida; step-daughter, Susan Brown of Azle; and step-son, Joseph Allen of Bowie; 9 step-grandchildren, and 7 step great-grandchildren.

A private family service will follow at a later date.

Memorial donations in his name can be made to a charity of choice.