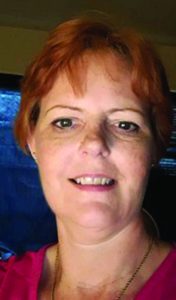 She was born March 9, 1971 in Wichita Falls to Daniel & Dorthy Perry Cagle.

Sonya worked mostly as a results audit coordinator for Panhandle Employment Services and was a member of Abundant Life Church in Nocona.

She is preceded in death by her father, Daniel Cagle and sister, Sherri Rena Cagle.

A funeral service will be held on Sunday, August 4, at 2 p.m. at Abundant Life Church in Nocona officiated by Pastor James Messer under direction of Jerry Woods Funeral Home.

Interment will follow in Eagle Point Cemetery in Montague County.

Honorary Pallbearers will be her cousins.