MONTAGUE – The Montague County Commissioner’s Court attempted to clarify some of the provisions of its proposed update to its Subdivision Rules Monday, and in the process a significant chasm developed within the court along north-south lines.

With Pct. 1 Comm. Roy Darden flatly stating he was tired of the county “babysitting” the taxpayers by trying to protect them from bad consequences, Darden and Pct. 2 Comm. Mike Mayfield both came out strongly against a provision of the proposed rules which would require developers of more than 100 acres to conduct a scientific study to make sure there was sufficient water on the property to service the proposed home sites. 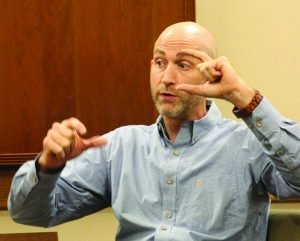