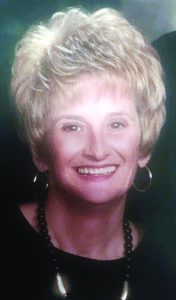 Graveside services will be held at 11 a.m. Thursday, June 20, 2019 in Shady Grove Cemetery, near Lake Nocona. Family Visitation was to be Wednesday at 7 p.m. Arrangements are under the direction of Jerry Woods Funeral Home.

Ruth was preceded in death by her husband Clarence Payne.

Memorials may be made to Shady Grove Cemetery Association; or Nocona Lucky Paws Animal Shelter at PO Box 595, Nocona Texas 76255