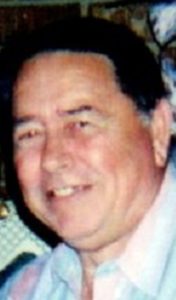 Peanut worked in the oilfield most of his life doing a bit of everything.

He was a member of the Church of the Nazarene in Nocona.

A graveside service was held at 2 p.m. on Monday, June 3, at Longbranch Cemetery in Montague County Texas officiated by Minister Larry Matthews.

Memorials may be made to the Shriner’s Hospital for Children or the American Heart Association.