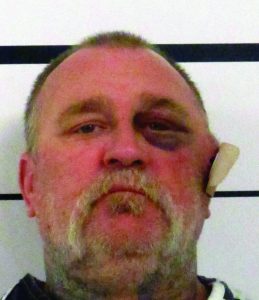 Chris Edward Morland, 44, of Nocona, was arrested for his part in an altercation at Nocona Hills on Saturday, May 19 which sent five people to the hospital and then released for medical reasons after being arraigned.

The fight, which featured a shotgun, a .22-calibre weapon and a golf club, apparently stemmed from three residents of the lake-side development confronting Morland about his driving habits where small children were near the street.

To learn more about Morland’s arrest and the charges against two others pick up a copy of The Nocona News at your local convenience store, or read it on-line at www.noconanews.net.