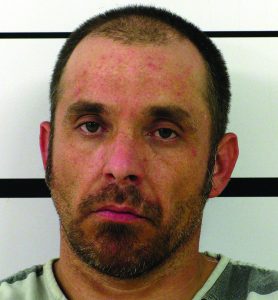 MONTAGUE – William Sam Deardeuff, 38, of Nocona, entered guilty pleas to eight felonies Monday and was sentenced to serve 8 years in state prison. That took place less than 24-hours after Nocona officers and sheriff’s deputies had attempted to arrest him on charges of driving while license invalid, and evading arrest.

On Aug. 26 Deardeuff pled guilty to one count of manufacture or delivery of a controlled substance Penalty Group 1 greater than 4 but less than 200 grams.