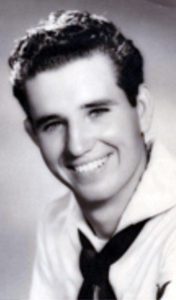 Nathan was known as a “Jack of all trades” working for Diamond Shamrock, Nocona Boot Co., and having a mobile feed mill in Nocona.

He was a U.S. Navy Veteran.

He married Ann McCool on Nov. 18, 1947, and they were married for 27 years before she preceded him in death.

A graveside service was held on Saturday, May 2, at 1 p.m. at Nocona Cemetery with Minister James Messer officiating.

Memorial donations may be made to St. Jude’s Children’s Hospital or Lucky Paws Animal Shelter in Nocona.