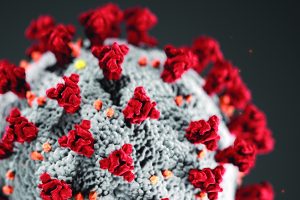 Asked who would investigate where the man had been during the past two weeks, Judge Lewis replied, “Like I told you earlier, I don’t know. It’s not me.”

Asked about any of the patient’s close contacts going into self-quarantine, the County Judge replied, “That’s voluntary” adding he did not who, if anyone locally, had the authority to require quarantine.

The federal patient privacy laws, identifying information about the patient cannot be released nor confirmed by health-care professionals, a stipulation Judge Lewis said the county would respect.

The patient’s employer confirmed the positive test to The Nocona News mid-afternoon Wednesday, but the News waited for confirmation from health care professionals before breaking the story.

The employer said the man had undergone surgery recently in Wichita Falls, and after being released had become ill resulting in at least one trip to Nocona General Hospital Rural Health Clinic where he did not present sufficient indicators for testing under state and federal guidelines.