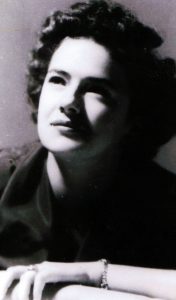 She had been under Hospice Care of Wichita Falls for twelve days for congestive heart failure.

Lou loved life, loved making flower arrangements for her husband and her parent’s gravestones; she loved crafting, sewing and quilting. She enjoyed going to the monthly luncheon with her classmates of 1947 at Nocona High School. Lou retired from the State Highway Department in 1988.

Condolences may be sent to the family at www.lunnscolonial.com.